Although Bitcoin is legalized in Singapore, it is still a new type of currency. Since its introduction, Bitcoins have faced a lot of eyebrow raises and many even consider them not to be a fruitful investment. There have been several thoughts and myths around this cryptocurrency. In this article, we are going to bust some of the very common myths people have about Bitcoins so that you can invest in them without thinking twice. 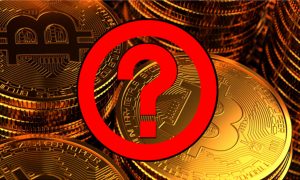 This is the biggest misconception people have about Bitcoins. Let us compare Bitcoins with gold. Just because you cannot afford a kilo of gold that will cost you S$56,090 doesn’t mean you won’t buy gold at all. You still buy smaller quantities of gold. The same logic applies to Bitcoins. Bitcoin is divisible, which means you can buy a lot of Bitcoin fractions with whatever money you have. If you are a seasoned investor, you may even be able to afford one or more Bitcoins.

Myth #2: You have to buy one Bitcoin

As discussed above, Bitcoins are divisible in smaller fractions. 1 Bitcoin can be broken down to 100 million Satoshi, which is a tiny fraction of a Bitcoin (0.0000000001 of a Bitcoin). You can buy many Satoshis for S$100-200 depending on market conditions. This clearly means that as an investor, you’re able to have maximum flexibility with how much you want to buy, hold, spend, send or sell.

Myth #3: Bitcoin is for criminals

We won’t say it’s completely untrue. Bitcoin may have been used for crime in the early days. The biggest example of the illicit activities carried out using Bitcoins is the Silk Road marketplace. Launched in February 2011, this website was the only known marketplace selling illegal items like drugs, weapons, and sex-related objects. Buyers and sellers conducted all transactions with bitcoins as they provided a certain degree of anonymity.

But that’s just no longer the case. The fact is that it is one of the most transparent currencies that ever existed. In fact, Bitcoins are so credible that the Singaporean government has even legalized it. Bitcoins are largely meant for law-abiding citizens who are in an economically or politically stable environment.

Most investors and people getting to know about Bitcoin now have the misconception that Bitcoin is a bubble that might burst anytime. They feel that Bitcoin developers are just collecting money and after they have collected enough the scheme will collapse. You must know that if the Singaporean government legalized the use of Bitcoins then it must be for a solid reason. Adding Bitcoin to a diversified portfolio has been proven to lower the risk profile of the entire portfolio because it is an uncorrelated asset. Also, there are many other cryptocurrencies which have come up as a result of Bitcoin. These are the biggest proofs that Bitcoin isn’t a bubble that will burst anytime soon. And even if it does, people can start mining on their PCs and bring Bitcoins into existence again.

We agree that there is some element of anonymity with Bitcoin users. But this isn’t entirely true. When users seek the services of Bitcoin exchange services, they have to share their personal details for record purposes. When Bitcoin users engage in a payment transaction, they leave behind a pattern in their blockchain. So Bitcoin users are not beyond regulation’s reach. Also, the use of an intricate blockchain system makes it almost impossible for any conman or crooked element to get access to your personal data. This means that there is absolutely no threat to personal information.

If you were planning on investing in Bitcoins but couldn’t take a step forward because of these myths, you can proceed now.  You can buy Bitcoins from different places in Singapore. Either buy them from Bitcoin ATMs or marketplaces like Coinbase, Gemini, CoinSwitch, Coinmama, and Binance. Once you have decided your way of buying Bitcoins, you can then select your wallet. Select from hardware wallets, desktop wallets, mobile wallets, paper wallets, etc.

In any case, you need quick cash for unexpected expenses may seek help from Quick Credit licensed lender. Our loan officer will observe your overall situation after that, create the premium personal loan to fits you. All of our staff is full of money lending knowledge ready to give you the best advice. In addition, Quick Credit is a responsible moneylenders open on Sunday!